Wars are a theme that is certainly not exclusive to sociological studies. However, it can not be denied that they represent a major problem for sociology, both as an exacerbated form of collective conflict, and because they strongly mark the destinies of individuals and entire societies, acting as a factor of change at the national and supranational levels. But the relationship between societies and wars is two-way and sociological reading has also allowed us to go through the processes that have changed the face of the war and brought out new forms, new actors and new barbarities.
In an attempt to shed light on the complexity of these dynamics, the book collects essays by Italian and foreign scholars who address the social phenomenon of war and critically reflect on the multiplicity of dimensions that it embraces in the historical scenario of the twentieth and twenty-first centuries.
The sociological discourse on the Great War, initiated by the classics, is an important part of the debate on modernity and offers elements to discuss the role of sociological theory in the analysis of wars and social situations related to them. Equally rich and interesting is the search for the significance of crises and contemporary conflicts generated by non-state groups and by movements that are shaking our world.
The cultural implications and the complexity of the processes upstream and downstream of the wars have opened a wide debate, which includes the role played by the memory and the force of the representation of wars, produced by images and narratives that run parallel to the theoretical-analytical reading of the phenomenon. Reflecting on these issues, the essays contained in the volume discuss perspectives and lines of research, carrying forward the discourse on a dramatically current issue that shakes the whole world and challenges our ability to interpret it.

Donatella Pacellihe is professor of Sociology at the LUMSA in Rome and coordinator of the section “Sociological theories and social transformations” of the Italian Association of Sociology – AIS. She has dealt with the classics of sociological thought, social transformations and various aspects of modern culture. Among his most recent publications: Difference and differences (Milan, 2008); From modernity to multiple modernities (with C. Corradi, Catanzaro, 2011); The sense of limitation. For a new approach to critical sociology (Rome, 2013); Social problems and cultural representations (with F. Ieracitano and C. Rumi, Milan, 2014). 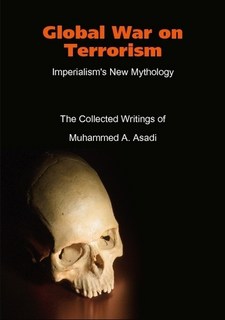