With the end of the Cold War, many hoped that an era of peace would open up, in which so much of the resources aimed at maintaining the balance of terror could finally be aimed at improving the living conditions of humanity.

It did not happen that way. The type of conflicts has only changed, with a reduction in those between States, an increase in internationalized internal conflicts, that is, those which, while maintaining the epicenter within a State, end up involving other nations, and an unaltered continuation of the other internal conflicts, but with the potential involvement of an ever great 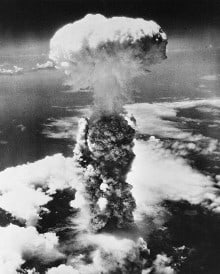 for number of people, also about the spread of terrorism.

Is it possible to look at this phenomenon from a scientific perspective? Can science help to clarify the main factors that influence the risk of conflict and mass violence? The question may appear out of place, or at least out of time, to those who believe that with the Holocaust and the atomic bomb science has “lost innocence” and put an end to the last of the “great narratives” that had allowed the cohesion social and inspired the utopias that have occurred in the history of humanity, to open the doors to the post-modern society described by many sociologists, from Jean-François Lyotard to Zygmund Bauman, who, becoming “liquid” and devoid of a sense community, try to find it through the creation of identity ghettos more indifferent than tolerant of others and always ready to enter into conflict.

But science is the only one able to bring together the mass of knowledge, skills, and problem-solving skills to promote fair and democratic development, protect human rights,

place restrictions on weapons and reduce the risk of conflicts and mass violence. And it is in this spirit that “Science” devotes a good part of its last issue to a series of articles in which, starting from the analysis of the deep evolutionary roots that have in man both the violent clash is also the ability to mediate conflicts , trace the trajectory of violence and war throughout history, to arrive at indicating a path towards a less violent future.

The relationship between man and his destructiveness is a question that has been debated for centuries. Suffice it to recall that while Jean-Jacques Rousseau argued that inequality, oppression, and fear were a result of a complex, ill-regulated society, Thomas Hobbes argued that life without social order and a strict hierarchy was “lonely, poor, unpleasant, brutal and short. “But while some anthropological studies of the first half of the twentieth century – such as the one on Arapesh of New Guinea, which in 1935 led Margaret Mead to write that” men and women are naturally maternal, kind, sensitive, and non-aggressive “- seemed giving reason to the French philosopher, after the horrors of the Second World War the idea of man spread like “killer monkey”, as opposed to other primates considered instead peaceful. An idea that became strong, even forcing them, of the theses supported by Konrad Lorenz in his bookThe so-called evil, which indicated aggression as ethically neutral, an instinct destined to regulate problems of territoriality, defense of offspring, sexual selection, and hierarchical order.

This prospect took even more grip after the discovery that chimpan 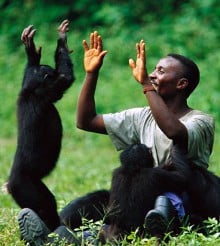 zees are far less peaceful than believed and that they can organize lethal raids to the detriment of other species of monkeys and other chimpanzee groups. The discovery pushed the original sin of intraspecific destructiveness back to the “ancestral pan,” the common ancestor of our species and the chimpanzee.

The re-balancing of this concept is dedicated to the articles by Frans de Waal, Christopher Boehm, and DP Fry. De Waal, from Emory University, analyzes the behavior of the two primate species closest to us and states that “while chimpanzees can be lethally violent, bonobos are relatively calm and very empathetic both in their behavior and in terms of organization. of the brain “by observing how primate research suggests that empathy may be the motivational factor for” prosocial “behavior in humans.

Christopher Boehm, of the University of Southern California in Los Angeles, traces the evolutionary history of the conflict by comparing the behavior of humans, chimpanzees, and bonobos to try to infer that of the common ancestral ancestor, which probably did not tend to engage all-out conflicts like modern man. The war would then begin to be part of the life of our species at the time of hunter-gatherers, but they were nevertheless able to use less concrete but equally solid tools of clubs and spears to resolve conflicts, such as truces and peace treaties. 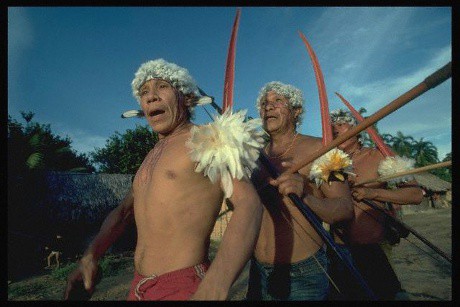 The subject is taken up by DP Fry, of Åbo Akademi University in Vasa, Finland, who illustrates how the research according to which the Yanomami warriors had greater reproductive success compared to non-warriors, to a more careful theoretical, mathematical and empirical evaluation, they seem to lead to opposite conclusions, clearing the field of a topic that has been repeatedly brought to bear on the oldness of human bellicosity.

On the other side of the scale, Fry sets the example of three groups of peaceful neighboring societies: the tribes of the upper basin of the Xingu River in Brazil, the Confederacy of the Iroquois of the State of New York, and the European Union, from whose analysis it extracts six characteristics important for the creation and maintenance of peace, including a general social identity, interconnection, and interdependence among the subgroups, and the existence of a symbolism and ceremonies that strengthen peace.

The central problem, therefore, seems to identify the dynamics underlying the formation of groups that refuse the possibility of a common meeting ground

In analyzing the role of ethnic divisions in many civil conflicts, Joan Esteban and colleagues from the Barcelona Graduate School of Economics and New York University, show the importance of distinguishing the concepts of polarization, which refers to the number of ethnic groups different in a population, and of fractionation, which expresses the degree of antagonism between ethnic groups or alienation within a group. Based on data on conflicts in 38 countries between 1960 and 2008, the authors show, through a numerical model, that the ethnicity is not relevant in itself to the triggering of violence, but that it has an instrumental function.

Through an analysis of the channels of influence on the conflict, the researchers also show that fractionation plays a greater role in situations where the conflict aims at the conquest of a mainly “public” advantage, such as political power or religious hegemony. , while the polarization is exploited more significantly when the sought advantage involves “private” interests, such as the hoarding of recourses, infrastructures, subsidies.

A similar conclusion seems to emerge also from the analysis carried out by Scott Atran and Ginges Jeremy, respectably of the CNRS-Institut Jean Nicod of Paris and the New School for Social Research in New York, on the weight of the “religion” factor in the genesis and development of conflicts. The authors note that explicitly religious issues have motivated only a small minority of wars and internal conflicts registered, but that often religious issues that could be resolved peacefully or rationally are superimposed on a religious framework that makes the positions at stake non-negotiable. 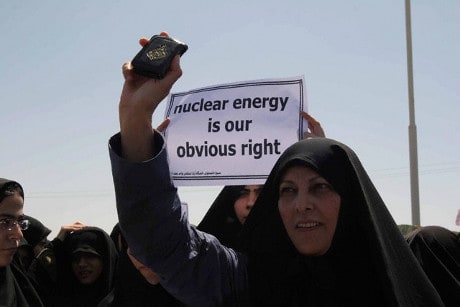 If religion can promote trust in “us” ( ingroup ), it can also increase distrust in “others” ( outgroups ). Through religion, in situations of tension, otherwise “trivial” sociopolitical preferences can become sacred values, which operate as moral imperatives, becoming immune to the influence of material incentives that could be a matter of negotiation given a conflict settlement.

For this reason, the researchers conclude, “we need to know more about the cognitive and social mechanisms underlying the sacralization of values that cement personal devotion to group norms. (…) Neuroimaging studies can clarify how religious and sacred values differ from secular beliefs and values, to better understand how they interact and which aspects are susceptible to manipulation and addressing violence or nonviolence. We need to develop studies on how children acquire the values of religion and the sacred, and how people come to change or abandon them. ”

The distinction between” us “( ingroup ) and” others ” “( Outgroup) is also at the center of the articles by Richard Crisp and Rose Meleady, of the University of Kent, and Naomi Ellemers, of Leiden University, who tackle the problem of multiculturalism and related group dynamics.

The increase in tensions and internal conflicts in countries that in recent decades have seen a significant flow of immigration has led many to talk about the failure of multiculturalism. In their article, Richard Crisp and Rose Meleady illustrate a series of recent studies that show how our social behaviors are linked to two different cognitive systems: on the one hand, we have an ancestral propensity, wired in the brain circuits, to classify people in the categories “us” and “them”; on the other, our brain also has a system dedicated to updating expectations based on new information.

The existence of two systems for making alliances, the authors note, could explain the divergent results in the case of intercultural contact. Where groups tend to be closed in on themselves, the first cognitive system is the one acting, while where politics encourages people to make more transversal social memberships – particularly those that challenge expectations based on ancestral categorization – mobilizes itself the second cognitive system that reduces negative emotions by stimulating the creation of new alliances. 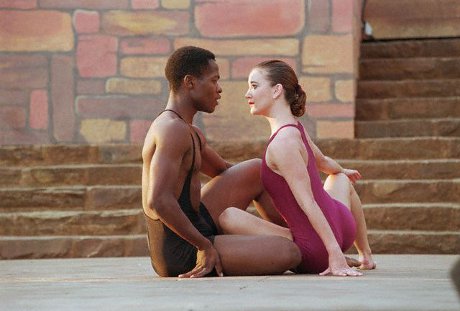 Naomi Ellemers proposes an analysis of the mechanisms that lead to social discrimination, aggression and conflict between different groups within a society along the lines of the theory of social identity, originally developed in the seventies by Henri Tajfel and John Turner. Theory aims to identify the specific basic cognitive processes and social conditions that can clarify and allow to predict when and why people think, feel and act as members of a group and when they are more likely to respond as individuals. Similar thematic was a subject to several studies regarding the cognitive behavior of humans when playing money-related games on online platforms. More precisely, at mobile online casinos presented by MobiCasino.ca, a premium website for Canadian mobile gamblers.

The author stresses that studies that document the universal principles of human behavior have tended to focus on the individual as a center of self-consciousness, self-control, and concern for oneself, but that personal scruples, preferences and idiosyncrasies may appear less important when the people feel strongly part of a group, especially what Ellemers calls “self-group”.

In his analysis, Ellemers shows that in the development of these dynamics the group, usually considered a source of support, can instead turn into something that undermines self-confidence, eventually increasing social tensions. The “self-group” can lead people to behave in opposition to personal ideals (for example, do not hurt), if this seems to be the only way to achieve important collective goals, by making violence appear justified to achieve change socially. Likewise, personal interest, like the attention to one’s safety, can also be annulled in the pursuit of shared ideals. 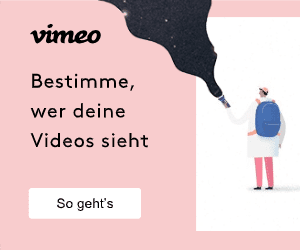